Jam-packed with love and hearteyes, this post is. Strap in.

muzzy_olorea recently asked, "Where is all the fangirling about The Brave?!", and the answer is "a little bit on Tumblr, but mostly locked up in my head so I can have the undiluted pleasure of enjoying this bang-up miniature action movie every week with no pressure afterwards," with a side of "because it's still pretty case-based and there's not much for me to say," but that all changed last week with episode 8.


BECAUSE HORSES. Mongolia has always struck me as a pretty nice place; quiet people and an impressive horse-centric culture, but never in my wildest dreams did I get to imagine I would get to see all five team members astride some borrowed horses for stealth trekking across wild land. (casual reminder Mike Vogel is in fact a horse lover/owner in real life; this is some authentic horsemanship you are seeing here)

Dalton's striking black and the lovely pale palomino were gorgeous standouts in the bunch. Please go old school whenever you feel the need; this is amazing. And now that I've had a chance to study this shot: look at those amazingly elaborate blankets on the horses (especially on the palomino). 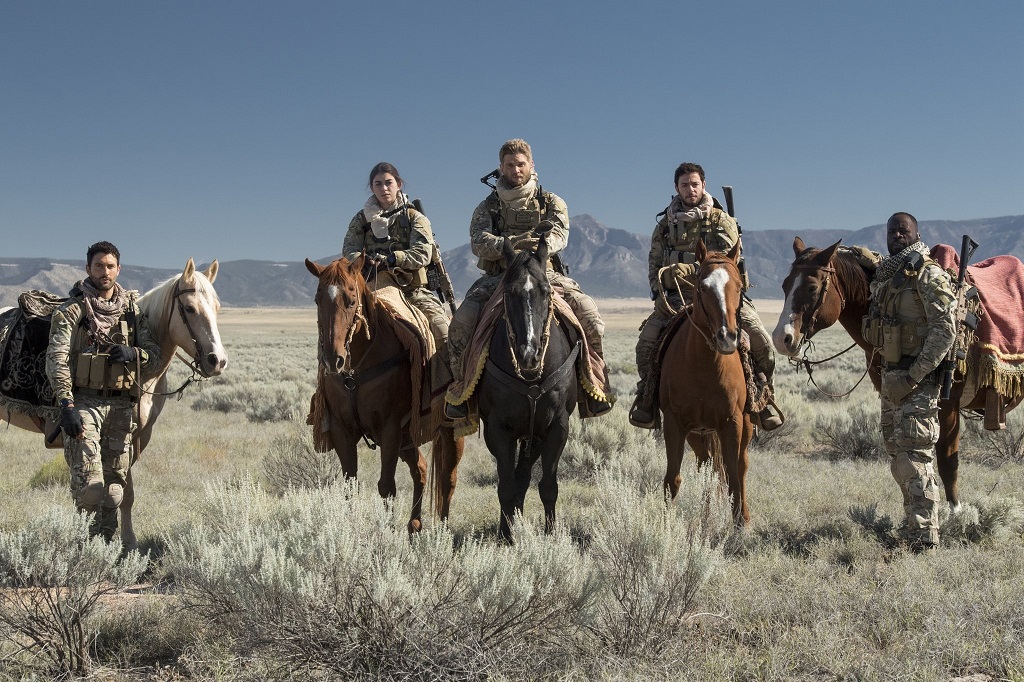 Also, loved everyone's sass in ragging on poor Silver Spoon Amir. (and his revenge in feeding them a fake sob story to make them feel shame, bwa-ha)

But even once they tied the horses off -- and side note: I am super glad they rode them all back to their home and didn't just end up abandoning them somewhere -- I was glued to the screen. I was almost afraid to breath during the stealth camo hiding-almost-in-plain-sight amidst the tall grass -- amazing blending in. Adam's one-man-army antics on the truck were incredibly thrilling too, particularly the culmination in some pretty intense hand-to-hand combat. Having some Revolution flashbacks here.

Bonus, because apparently he live tweets and I need to pay more attention to that in the future:

And again, just all the woods backdrops and generally limited number of people made for such pretty scenery / a nice change of backdrop from all the Middle Eastern cities we've been in that I couldn't stop being captivated by all the pretty greenery. Nice work!

But then came episode 9
Feels relevant here to mention that my opinions on all the characters have remained consistent since the pilot, with the only changes being that a) Jaz overshot Preach as my second fave almost immediately in episode 2, not because I love his calm, reassuring Dad presence any less but because she's just so vibrant and great, and b) my inevitable Dalton/Jaz shipping is creeping in around the edges even as I scold it and remind it that it's not allowed in and we like it platonic and just how the hell do I think it would work anyway, to which it tucks its metaphorical tail between its metaphorical legs and meekly goes, "no I know, I'm just saying, they work in some pretty woman-unfriendly countries and/or what if something Happened and Dalton had reasons to make serious Faces of Concern about her or whatever."

...holy crap that huge paragraph is all 1 sentence.

I also mentioned before that the show has been mostly case-related, and as it started up tonight I found myself wondering when we were going to earn the rights to some personal stakes. You do have to earn it, but I was definitely starting to jones for an episode with one of the team in serious jeopardy, maybe necessitating a rescue, maybe some injury requiring field dressing; things of that nature.

And then this episode comes along, gift-wrapped for me on both counts.

I've really been enjoying all the different ways Jaz's gender has been put to good use as far as effective infiltration (how would their team manage without a woman, is my question), even without counting her awesome sniper skillz. Speaking of, no wonder I took to her so fast: subconscious Kensi Blye parallels.

But none of her guises have delighted me so much as casually playing Dalton's wife, even for just a few minutes to get through airport security. THERE WAS A SWEET PECK ON THE CHEEK AND IT WAS GLORIOUS.

(with bonus snarky banter afterwards! "After you, dear." / "Would you stop." / *smirk* + "We're barely out of the airport and she had her ring off. Is it too late to get an anullment?" / "Aw, did I hurt your feelings?" Would YOU stop? Just kidding, that's the opposite of what I want you to do.)

I've been waiting very patiently for more 1 on 1 stuff with them, but heavens. Between the above, the reprimanding about going off book (y'all know how I am about anger, but justifiable lecture-y anger is the best kind), and pulling her aside for the "you can say no to this mission; you don't have to prove anything to me; we can still walk out with our heads held high," it was all that I dreamed it could be.

Also check it, this looks like a pretty good Face of Concern to me.

how very dare you add professor glasses on top of this already fetching beard, by the way

Guess I'm gonna have to surrender and dig in to the tiny fic cache early to tide me over.

(oh hey, I kinda like this one, specifically chapters 2 and 6 because DOG)
(also: MOAR DOG, from the dog's POV, and it is better than it sounds)
(also damn, this one is the best yet; it reads like an extended episode of the show, but with a spectacular shippy undercurrent and all the stuff I was looking for re: needing rescue & medical attention)

EDIT: also, here is an awesome post-ep interview with the actress who plays Jaz, including a preview hint at episode 10:
[spoiler alert: it is exactly as good as I hoped.]“I’m going to tell you that [Dalton] does not like Jaz going missing. His dark side comes out,” she previews. “For the first time ever, at the end of [the fall finale], you see him not knowing what to do… In Episode 10, you see a much darker side to him.”

Hell yes, BREAK ME OFFA PIECE OF THAT.

I'm so fired up right now I might have to go back and do a highlight reel for episodes 2-7, because at the time, there never seemed to be quite enough to make an entire post about in any given week, but looking back on the lot, there must be a dozen little personal things I did in fact take note of and enjoy.
Tags: the brave, tv commentary
Subscribe