1. Bones fans!  Did you wake up yesterday, look forward to a new episode, and then remember how much time was left to wait? If so, does this comic describe you?  If not, isn't that comic hilarious anyway?

afteriwake  indirectly reminded me about a Superchic[k] song I adored back in 2006 (I have SO MUCH MUSIC from 05-06 that I need you to be aware of), which I'd heard on the radio once but thereafter only streamed online and eventually forgot about.  I couldn't even remember the title or melody, just that I'd heard it on the Christian station.  (NO, HEY, GET BACK HERE)  After some sifting, though, I figured out it was "We Live," and to my utter joy, it's every bit as catchy and amazing as I remember.

3. Survivor: ARGH, why can't the internet stop being full of douchebags?!  8 seasons straight I watched, no whisper of spoilers, and then for the second time in a row some ASSHOLE decides they need to post the final 3 in the comments of something.  Always the first comment, too, so you're not even really looking at the comments on purpose, they're just there, right underneath the article/video.

( Collapse )
-------
4. The Office: Still in total squee mode.  Have many, many thoughts.  Have many, many screenshots.  Have no idea how I am going to organize it all in a coherent fashion.  In the meantime, here, GO DIE OF CUTENESS AT THE FAMILY SNAPSHOTS. Even the file names are cute, like 'new daddy' and 'mommy love.' 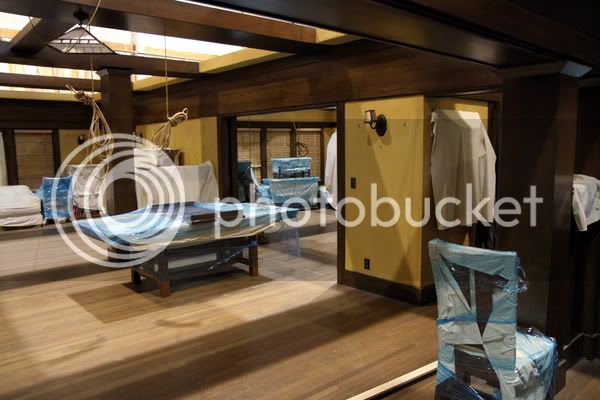 That is the beautiful house set on Numb3rs, all stripped down and abandoned-looking and *SOB*

6. And finally, in case I was not sufficiently destroyed over all this yet, here is an excerpt from Rob Morrow's latest interview, about the last day of work:

At lunch they showed a gag reel, and my daughter (Tu, age 8), who has grown up on the set, was there on my lap. As we watched, I started to cry. I didn’t expect to be that emotional, but it just hit me. And she was just inconsolable, in the sweetest way. It never occurred to me that this was sad for her, too. That informed the rest of the day for me.
THERE, CBS.  YOU MADE AN 8-YEAR-OLD SAD.  I HOPE YOU'RE PLEASED WITH YOUR DECISIONS.  *stewing in irrational bitter juice forever, kthnxbai*

7. Oh!  Guys!  Amidst all the dreadful doom and gloom of cancellation season, there's a shiny bright spot: The Sarah Jane Adventures just got renewed for two seasons.  Not only is that spifftastic on its own, but that will make five seasons straight with the loss of only one cast member - four with no change at all - and kid-sized seasons or not, I think that might be some kind of record for the UK.  Dear CBS: Since when does British TV behave better than you?  Look into that
Collapse