WHOOPS, I GUESS IT'S TIME TO SELF-BAN FROM TUMBLR

(that is code for "lol haven't had time to think about writing a single word about the last episode of Glee yet. also I am still super behind on work.")

Whatever, I can't fix things when people won't respond, so I give up! I went to the library sale as soon as it opened, despite the 4+ inches of heavy, wet snow on the ground and the way it was still snowing and the roads were crap. And it was totally worth it, which is a relief, because at first glance the YA shelves looked like a cull pile I would create. It was like a Greatest Hits of 2-and-3-star novels I've read (or declined to read) over the past 5 years. Almost hilariously so. Great if you're seeking books to read, but not treasure for keeps.


First, a picture of the loot in sum, hidden in case you would like the story to unravel the way it's supposed to:[book tower!] 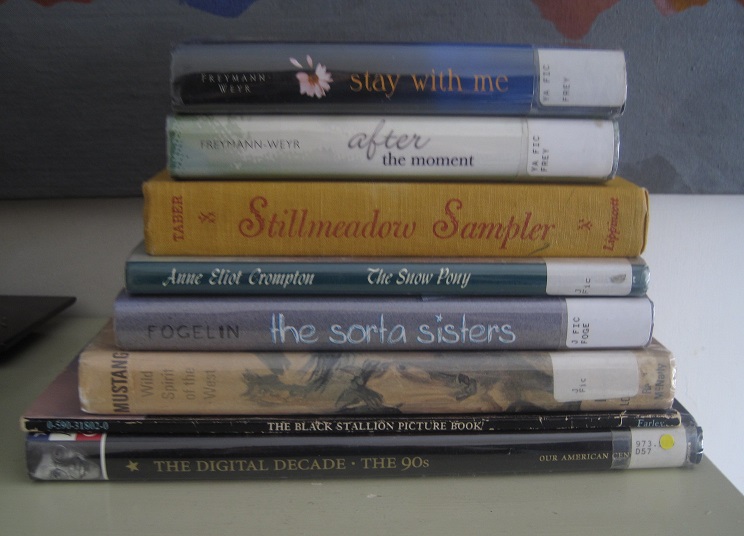 Total cost: a splurgy splurge of $7.25. I figure the Henry book alone is worth that much (to me, not in resale value)

So. THE GOLDEN TREASURE: 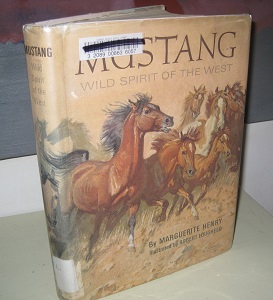 BAM. MARGUERITE HENRY HARDCOVER W/ COLOR PLATES/ENDPAGES, TOUGH-AS-NAILS LIBRARY BINDING.
ALSO ONE OF MY VERY FAVORITES OF HERS.
HOLY GRAIL OF LIBRARY SALE FINDS.
(I did not think I'd ever see one of these turn up at a local sale again; I thought they were all culled years back.)
(I think they might have like 2-3 left. Maybe. Not gettin' my hopes up.) 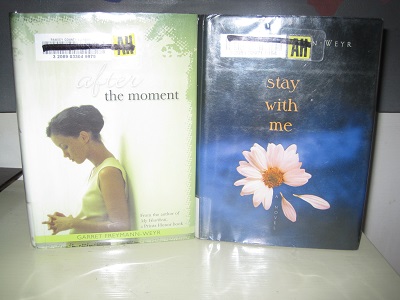 BOOM. Matched set of Garret Freymann-Weyr's 5-star YA novels, cute compact form: After the Moment and Stay With Me. The ones I've been dying to find since I read them - and they came home together! (they're not actually related at all, but one has a male protagonist and one has a female protagonist and the fact that I loved them both equally much made them seem like a team to me as far as gold-star-standard-YA)
And The Rest! 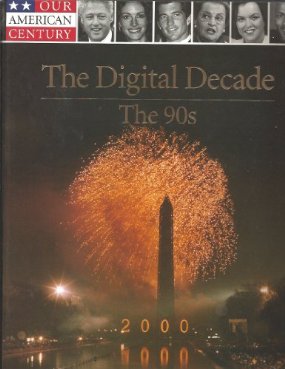 The Digital Decade: The 90s, a giant oversized hardcover that is quite literally the 90s contained in a book. It covers all the major news, technology, toy trends, TV, etc - a super fun look at my childhood, basically (seriously, the 90s were a pretty great decade). It's similar to the mini-coverages the staff put in the back of our school yearbooks, which bored me at the time but which now, surprise, is one of my favorite parts of looking back at those. Not sure if I'll keep it, but I wanted to look it over.

The Black Stallion Picture Book, a little Scholastic floppy-cover to go along with the movie. Which I like more than the original book. So I enjoy having all these glorious movie stills in book form! Plus the volunteer went, "Oh, let's just charge a quarter for this," which I thought was delightful since paperbacks were marked at 50 cents, and I thought it might even qualify as a $1 "large paperback" since it's oversized. 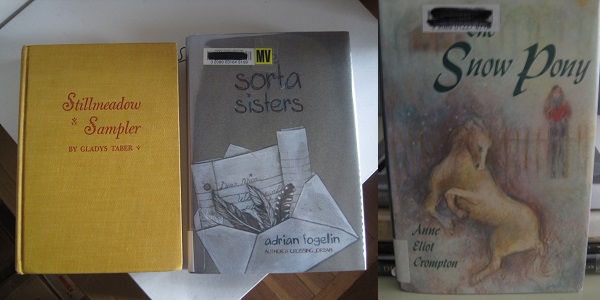 Stillmeadow Sampler - Gladys Taber: After rereading The Stillmeadow Road this year, I went to put it on Goodreads and was shocked to find she has like 20 other books set in this location. It's hard to really describe it, but the perspective is a slightly-fictionalized memoir and the contents are non-chronological musings on country life, written in the 1950s. In Stillmeadow Road, she talked about rural community, recipes, her dogs and occasionally cats, the seasons, and many things associated with the care and upkeep of an old house and its grounds. It looks like her other books are more of the same. Regardless, I secretly hoped I would run across some more because the library owned zilch, and then I did!
tl;dr: A good book to read in bits and pieces, good to have lying around when you feel reflective. Plus, this one has sketches.

Sorta Sisters - Adrian Logelin: it's a juvenile novel I haven't read, and at first I was just carrying it around and planning to see if the library still had any checkout copies to read instead, but then I made the mistake of opening it and discovered not only was it super crisp and practically like new (stamped 2008), it was an artistic books - high quality paper, brown text, stylized letters between the friends set within their own "pages" to break up format, and sketch illustrations (not of scenes, but things in nature, presumably "drawn" by one or both of the characters).
tl;dr: PRETTY ART BOOK MUST HAVE.

The Snow Pony - Anne Eliot Crompton: 90s juvenile pony book I haven't read. Am required by my own bylaws to buy any and all I see; will decide after reading if I need to keep it.
----------
Things I Saw But Did Not Buy:
-50 Shades of Grey (somehow, I resisted!)
-about 10 library-binding Boxcar Children books (I am tempted by their solidity, but their covers are really pretty ugly compared to the 90s Scholastic paperback illustrations. also I do not need to collect series books)-
-half a dozen of the gilt-edged "Royal Diaries" series books. (was actually tempted for display purposes, except they had banged-up cover corners) -plus a boatload more "Dear America" ones.
-The Rainbow Fish in German
-Taking My Dog To The Vet, which was a childhood favorite in my dogless young childhood. Turns out photos can trigger memories as well as illustrations. Not owning-worthy, but it was a pleasant surprise to remember something I'd forgotten.

Debating whether I want to go back for the bag sale on Sunday...there were SO MANY boxes they hadn't even opened yet, but on the other hand, I'm already thinking I probably could have spent a dollar or two less today if I hadn't felt pressed for time. Oh, speaking of which - total for the above was $7.25, if you didn't click the first spoiler cut.

We ran out of time to go to the other library sale today, but I'm not that fussed. Twice I have walked away from that location with nothing, and I've found little to no ZOMG TREASURE there. I'll try to make it out tomorrow, maybe Sunday.


---------
In totally unrelated news, I finally figured out who Kim from last spring's season of Survivor reminded me of:
[The answer, with comparison pics!] 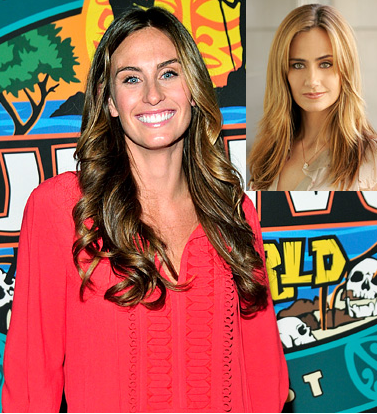 Diane Farr, best known (to me) from Numb3rs. That was driving me nuts! Such an obvious answer, too.